When investing for a long-term goal — like a college fund for a newborn or retirement — the obligatory phrase/warning is past Performance is not indicative of future results. Chisel it in stone. Tattoo it on your head because it’s true. It’s also SEC Rule 156 of things fund managers and advisers have to tell investors. Why? Because it’s true.

Investors who actively manage their accounts make or lose thousands, sometimes tens of thousands of dollars, each day. On paper. Wednesday may be the best ever, while a dip on Friday can ruin the weekend. Also, investors who make frequent trades in an effort to time the market, to buy low and sell high, have to be right twice most of the time when deciding when to sell and when to buy back into the stock market. Tens of thousands of people, including investors in the TSPs stock index funds bailed out of the market during the Great Recession in search of the “safety” of the never had a bad day treasury securities G fund. The problem is that those who sailed into what they thought was a safe harbor, until the market came back missed the rapid rebound of the stock market. Some people who left the C, S and I funds, which trace the U.S. and international stock market, have never come back. Their accounts have grown much slower than those who stuck with the index-funds during the 2008-2009 recession. Or the major correction last March.

By contrast, most of the winners, in any long-term investment, are those who make a decision, and stick with it through good times and bad. Some count on one of the TSPs lifecycle funds to automatically adjust over time and based on the balance of stocks, bonds and Treasury securities in the portfolio. So how’s long-haul steady-as-she goes investing working out?

So where do you stand in the TSP population? Check out these official numbers for the four quarters of 2020 (March, June, September and December) against the latest numbers as of March 31, 2021. 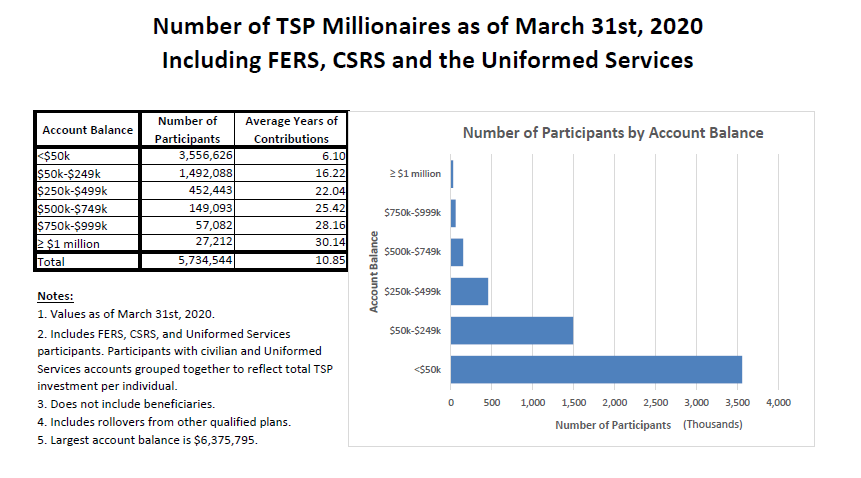 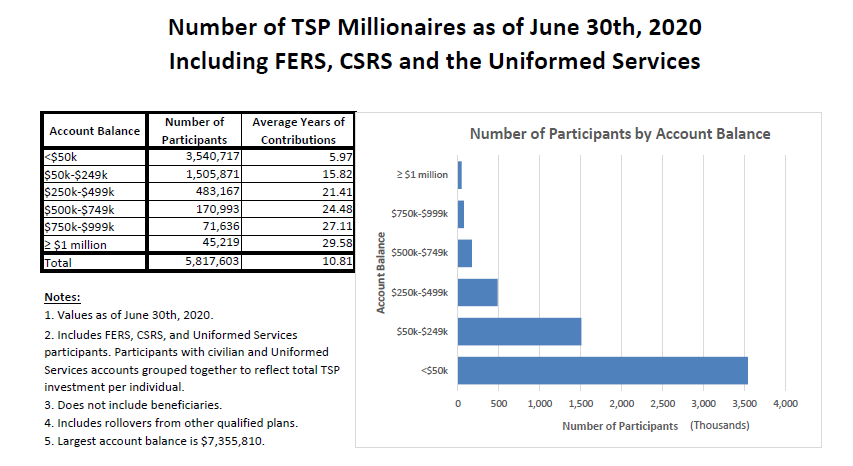 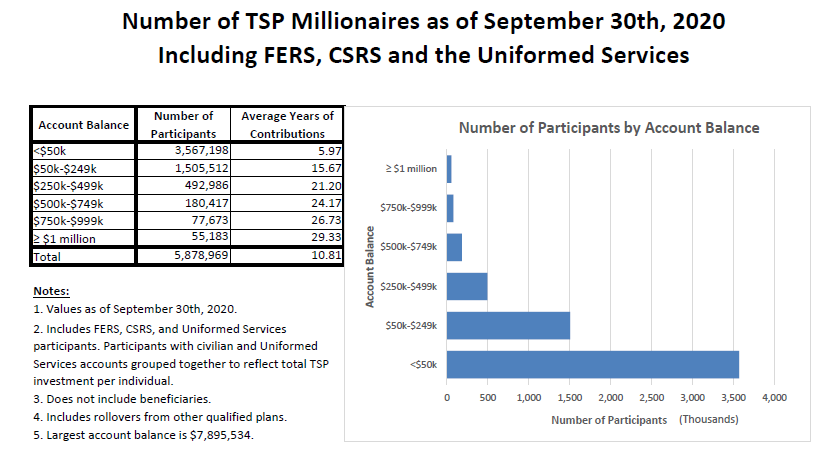 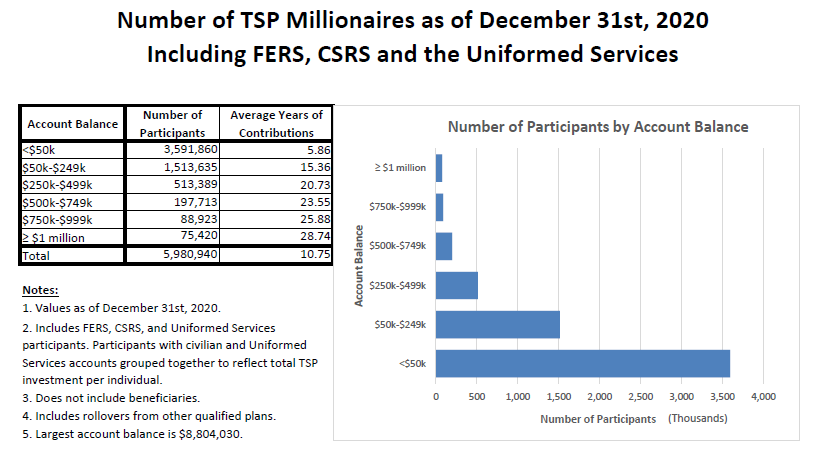 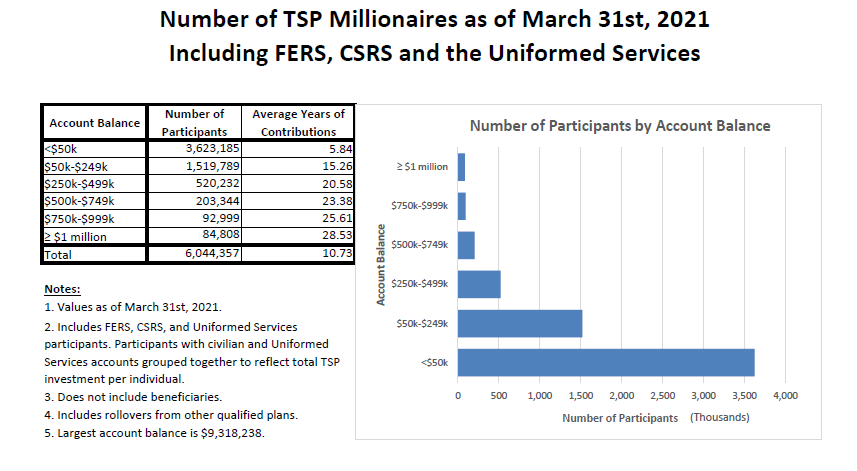