“We’ve Lost Almost The Grandfather Of The Nation”: The Royals Are Opening Up About Prince Philip’s Death 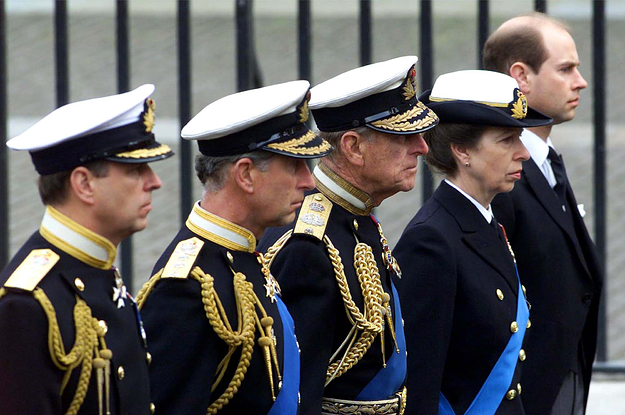 The four children of Prince Philip and Queen Elizabeth II have shared moving tributes to their father this weekend following the Duke of Edinburgh’s death.

“You know it’s going to happen but you are never really ready,” the couple’s second oldest and only daughter Princess Anne said in a statement released Sunday. “My father has been my teacher, my supporter and my critic, but mostly it is his example of a life well lived and service freely given that I most wanted to emulate.”

The duke, the longest-serving royal consort in British history, died “peacefully” Friday at age 99, the royal family said. His death came several weeks after he was released from the hospital where he received treatment for an infection and surgery for a preexisting heart condition.

“I would like to emphasise how much the family appreciate the messages and memories of so many people whose lives he also touched,” Anne said. “We will miss him but he leaves a legacy which can inspire us all.”

Prince Andrew, Prince Edward, and Edward’s wife Sophie, Countess of Wessex, spoke with the British press Sunday after attending church at the Royal Chapel of All Saints in Windsor.

Andrew, the third of the couple’s four children, said the duke’s death “has brought at home to me not just our loss” but the loss of those whose loved ones have died during the coronavirus pandemic.

“He was a remarkable man,” Andrew said. “We’ve lost almost the grandfather of the nation. And I feel very sorry and supportive of my mother who’s feeling it I think probably more than everyone else.”

Andrew, who has stepped back from public royal duties following scrutiny over his ties to Jeffrey Epstein, said the Queen described the loss of her husband of more than 70 years as “having left a huge void in her life.”

Edward, the youngest of the four, said of his father’s death that, “However much one tries to prepare oneself, it’s still a dreadful shock.”

Prince Charles shared his sentiments in a public address on Saturday, describing his father as “a very special person, who I think above all else would have been amazed by the reaction and the touching things that have been said about him.”

Buckingham Palace officials announced Saturday that the prince’s funeral will take place on Saturday at St. George’s Chapel in Windsor Castle in a small ceremony.

Prince Harry will fly to the UK to attend the funeral, but his wife Meghan, the Duchess of Sussex, will remain in the US as she is in the late stages of pregnancy.

Is Turkey a Proof that Religion and Democracy Cannot Coexist?