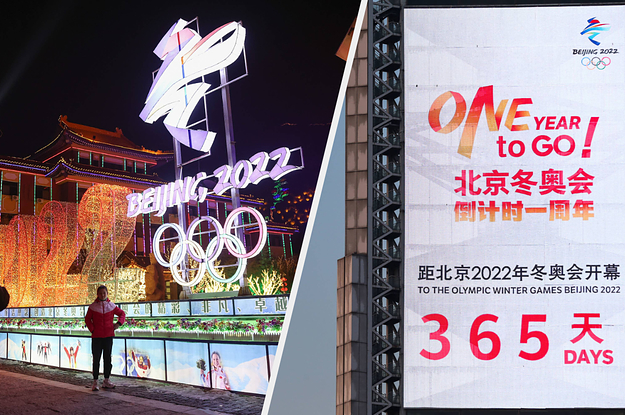 Last fall, the International Olympic Committee hosted a video call with activists who were demanding the removal of Beijing as host of the 2022 Winter Olympics. During the call, campaigners said the Beijing Games would legitimize the Chinese government’s escalating human rights abuses.

“You, ladies and gentlemen, have your own responsibilities,” replied Juan Antonio Samaranch, chair of the IOC Coordination Commission for the upcoming Winter Games, according to contemporaneous notes seen by BuzzFeed News. “We have ours.”

The activists pointed to the mass detention of Muslims in Xinjiang, the crackdown on democracy in Hong Kong, and the continued repression in Tibet. But the IOC officials batted away their questions by claiming that the 2008 Beijing Olympics had led to better air quality and public transportation, according to the notes and to interviews with several activists involved.

Calling it the “genocide Olympics,” dozens of human rights groups have urged the IOC to move the games to a different country, with some comparing the upcoming competition to the one held in Nazi Germany in 1936. The US and Canada have publicly called China’s treatment of Uyghurs and other Muslim minorities in Xinjiang a genocide.

In response to a detailed list of questions for this article, the IOC said it factored in NGOs’ views on issues including human rights for the Beijing Games. The committee said it raised these issues with the government and local authorities, who assured it they would respect the Olympic Charter.

“Given the diverse participation in the Olympic Games, the IOC must remain neutral on all global political issues,” the IOC said in an email. “Awarding the Olympic Games to a National Olympic Committee does not mean that the IOC agrees with the political structure, social circumstances or human rights standards in its country.”

The IOC upholds human rights principles outlined in the Olympic Charter, it said, and “takes this responsibility very seriously.”

“At the same time,” it said, “the IOC has neither the mandate nor the capability to change the laws or the political system of a sovereign country. This must rightfully remain the legitimate role of governments and respective intergovernmental organisations.”

The IOC has repeatedly emphasized its neutrality in response to questions about the ethics of holding the games in China. But in the private video call on Oct. 6, 2020, IOC officials went further.

The call, which lasted more than an hour and was attended by a group of six activists and five IOC officials, started out hopeful but ended up strained, according to some of the activists on the call.

The officials argued that the Olympics could be a catalyst for better infrastructure. They pointed to the 2008 Summer Olympics, arguing that when Beijing hosted that year, it spurred improvements in infrastructure and air quality.

“They still have issues of air quality, but for the first time, they were mentioning that the blue sky is called ‘Olympic Blue’ because … it was the first time they could see blue air in Beijing,” one official said, according to the notes.

Teng Biao, one of China’s best-known human rights lawyers, was on the call. He told BuzzFeed News he was not impressed.

“It’s too difficult to defend the Chinese government in terms of human rights or rule of law,” Teng told BuzzFeed News. “So they can only find something like environmental policies.”

“Holding the Olympics in Beijing again can be seen as an endorsement of the CCP’s atrocities including the Uyghur genocide,” he said.

Teng lived in Beijing during the 2008 Olympics and said that, like other human rights lawyers, he was banned from travel, detained and tortured while in police custody ahead of the games. He said he told the officials that his experience shows that holding the Olympics in Beijing again can bring harm. Police could not be reached for comment. But IOC officials seemed indifferent, Teng said.

“The world lives under many political systems,” he added. “We cannot go and say and endorse one or the other.”

Zumretay Arkin, program and advocacy manager at the World Uyghur Congress, told the IOC officials on the call that she has missing relatives in Xinjiang. She said the officials told her they were sorry to hear it, but the world is a complicated place — a recollection echoed by the notes as well as other activists present at the meeting.

Arkin told BuzzFeed News she strongly disagreed with the IOC officials. “Everything got worse since 2008,” she said. “We have a full-on genocide, we have people in concentration camps, and you’re telling us the situation didn’t get worse?”

“We are suffering from these policies,” she added. “You would never think about hosting the games in North Korea or some other places. Why is China different?”

Dorjee Tseten, executive director of Students for a Free Tibet, said he told the officials that he and others have risked retaliation for themselves and their families to publicly protest the IOC’s decision. He also noted that many Buddhist monks and other ethnic Tibetans have been detained or killed during the government’s decades-long campaign. Violent demonstrations broke out in Tibet ahead of the 2008 Games, and at the time the president of the IOC said the protests were a “crisis” for the organization. But the officials on the video call didn’t seem to care, Tseten said.

“I was shocked,” he said. “How can I explain the cold faces? They were not even acknowledging the suffering.”

Arkin, Teng, and Tseten said discussions with the IOC have continued since October, including in a second call this month, but Arkin said nothing substantial has changed. Politicians in the US and Europe, including former US ambassador to the UN Nikki Haley, have in recent months called for governments to boycott the games. Critics say that might unfairly penalize athletes. But activists say they see a diplomatic boycott as their only option, since it’s unlikely the IOC will move the games.

Human rights groups are also seeking to pressure companies such as Airbnb to sever sponsorship ties with the 2022 Games.

Tseten and others who were involved in protests leading up to the 2008 Games say China’s crackdown on democracy in Hong Kong and the abuses in Xinjiang mean it’s even less defensible this time around.

“We told them, at the end, this will be a genocide games,” Tseten said. “And in history, the IOC will go down as part of that.”

A Secretive Company Needed To Convince Washington That Congo’s Election Would Be “Free And Fair.” It Found A Friendly Ear Among Trump Allies.

After the Ever Given: What the Ship Wedged in the Suez Canal Means for Global Trade