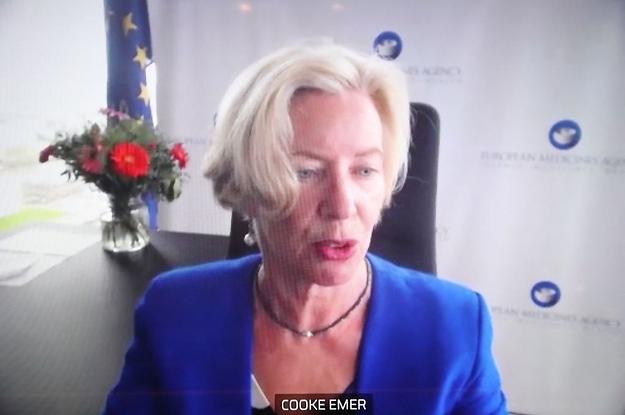 AstraZeneca’s COVID-19 vaccine is “safe and effective” and should continue to be used, the European Medicines Agency announced today after a review of concerns about blood clotting.

But the agency said it could not rule out a link with two rare blood clotting conditions seen in 25 people who were given the vaccine, and said that warnings should be added to information about the vaccine provided to doctors and patients. Nine of these people have died.

The EU’s Pharmacovigilance Risk Assessment Committee (PRAC) was asked to review the safety of the AstraZeneca vaccine, after more than 20 European countries — including Germany, France, Italy, and Spain — halted vaccinations following reports of rare clotting disorders.

EMA executive director Emer Cooke told a press briefing that the committee found a reduced overall incidence of blood clots, compared to the general population, in almost 20 million people given the vaccine so far worldwide.

“The committee has come to a clear scientific conclusion,” she said. “This is a safe and effective vaccine.”

But Sabine Straus, chair of the PRAC, said that experts had been unable to rule out a link to 18 cases of a condition called cerebral venous sinus thrombosis (CVST), and 7 cases of disseminated intravascular coagulation (DIC), both seen together with reduced counts of blood platelets. In CVST, clots can prevent blood draining from the brain, leading to hemorrhages. DIC is a condition in which blood clots form in many tiny blood vessels throughout the body, possibly leading to severe organ damage.

EMA will continue investigating these incidents and possible links to the vaccine. But Cooke stressed that the benefits of the AstraZeneca vaccine in protecting people from COVID-19, which is currently killing thousands of Europeans each week, far outweigh any risks from clotting.

“What the committee has therefore recommended is to raise awareness,” she said.

Some experts had speculated that the clotting incidents were related to particular batches of the vaccine. But Straus said the EMA did not back this theory. “PRAC has found no evidence of a quality or a batch issue,” she said.

The EMA’s continued backing for the vaccine followed reports saying the Biden Administration will announce on Friday that it is shipping 2.5 million doses of the AstraZeneca vaccine to Mexico and 1.5 million to Canada. Those shots will come from the existing domestic supplies awaiting FDA authorization, which could come as soon as next month after a major US trial of the vaccine concludes.

The move follows a request for the doses from Mexico earlier this week. Biden had told reporters on Thursday that the US is discussing shipping any excess vaccine doses overseas once domestic vaccination is completed. A top FDA official, Peter Marks, testified in Congress on Wednesday that his agency has some concern about exporting too many excess doses, just in case vaccine immunity proves short-lived and booster shots are needed for the US population.

Others have speculated whether AstraZeneca’s vaccine would create more problems in the US, as anti-vaxxers have seized on the problems in its rollout.

“Does it really have a niche to fill? Would it be trusted enough? Or is it going to be just another headache?” John Moore, a virologist at Weill Cornell Medical College in New York who works on vaccine development, told BuzzFeed News earlier this week.