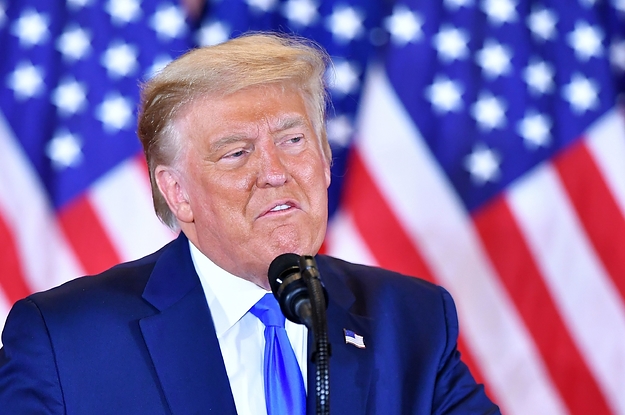 A group of visiting European election observers in the US to monitor the presidential election delivered their preliminary findings on Wednesday, criticizing President Donald Trump for his repeated lies about voter fraud and the integrity of the election.

At a press conference, senior members of the Organization for Security and Cooperation in Europe (OSCE), who have been invited to monitor US elections since 2002, discussed the “highly polarized political environment” and “acrimonious rhetoric” from both sides.

While stressing they were nonpartisan and would not deliver political assessments, the European observers still saved their most damning comments for Trump himself.

“Baseless allegations of systematic deficiencies, notably by the incumbent president, including on election night, harm public trust in democratic institutions,” said Michael Georg Link, a German special coordinator and leader for the short-term observer mission from the OSCE Parliamentary Assembly.

“The enormous effort made by election workers … ensured that voters could cast their votes despite legal and technical challenges and deliberate attempts by the incumbent president to weaken confidence in the election process,” she said.

BuzzFeed News has journalists around the US bringing you trustworthy stories on the 2020 elections. To help keep this news free, become a member.

“If America uses the same formula that we use overseas to see what countries are backsliding in their democracy, then we are backsliding fast,” said one American who had previously monitored elections across three continents but who asked not to be named because she didn’t want to be seen to be speaking for her current employer.

In a 24-page statement of preliminary findings, the OSCE teams also outlined concerns about voter disenfranchisement.

But they seemed particularly shocked by the political rhetoric.

“The two leading presidential candidates accused each other of corruption, fraud, working for foreign interests, an inability to lead, and support for extremist groups,” they wrote. “The incumbent president’s use of discriminatory and pejorative statements against individuals on the grounds of their gender and origin was of particular concern.”

If you have a news tip, we’d like to hear from you. Reach out to us via one of our tip line channels.

Unlike Trump, who has sought to falsely declare himself the victor in Tuesday’s election despite votes still being tallied in crucial states, the visiting OSCE observers stressed they were remaining in the US because, as Link said, “the count goes on.”

“Making sure that every vote is counted is a fundamental obligation for all branches of government,” he said.

“The count continues,” added Gacek, “and this election is not yet over.”