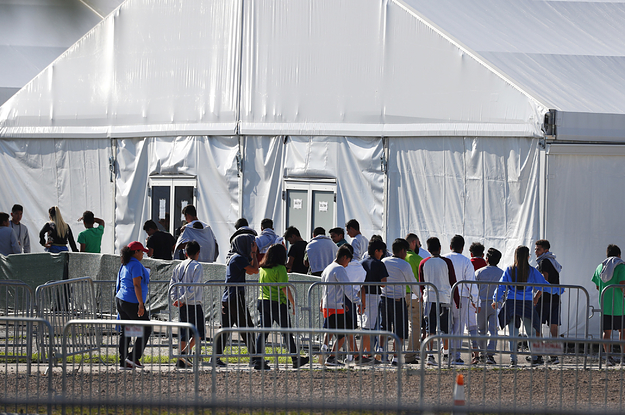 Lawyers tasked with locating immigrant families who were separated by the Trump administration say they have been unable to reach the parents of 545 children in an effort that has been impeded by the coronavirus pandemic, according to a court filing on Tuesday.

“People are constantly asking me when we will find all the families, and I unfortunately do not know,” Lee Gelernt, the lead attorney on the case and deputy director of the ACLU’s Immigrants’ Rights Project, told BuzzFeed News. “The numbers tell one story, but each individual child has his or her own story with its own human dimension and that’s why we cannot stop looking until we have found every family.”

In 2018, the Trump administration systematically separated thousands of children from their parents under a so-called “zero tolerance policy” in which parents were sent to federal prison before going to court on charges of entering the US without authorization. Because children can’t be sent to federal prison with their parents, the government separated them, listed them as unaccompanied minors, and transferred them to the custody of the Office of Refugee Resettlement (ORR).

Wednesday’s report stems from a lawsuit filed by the ACLU in February 2018 on behalf of a Congolese asylum-seeker identified as Ms. L who had been separated from her 7-year-old daughter by US immigration authorities. The mother and daughter were reunited, but the case was expanded into a class action lawsuit that’s covered thousands of immigrant families separated by the US government.

Following the revelation last year that the Trump administration had actually been separating families as early as the summer of 2017 as part of a pilot program, the class was expanded to include another 1,030 children that were separated from their parents as early as July 1, 2017.

As of Tuesday, a committee of law firms and nonprofits that the ACLU created to track down the separated families has attempted to reach the parents of all of the expanded class members, successfully reaching those of 485 children, the report states.

Of the parents the committee has been unable to reach, the ACLU believes approximately two-thirds have already been deported to their home countries.

“The contact information the government gave us was largely stale, so we’ve been looking for the families on the ground in Central America … but because of COVID, the on the ground search has halted,” Gelernt said.

He described the situation as “extraordinarily sad,” adding that some of the children, who are living with sponsors in the US that range from a close relative to a foster family, were just babies when they were separated three years ago and “have now spent more than half their lives separated from their parents.”

The report stated that while the on-the-ground efforts were suspended due to the pandemic, those efforts are starting again.

“The Steering Committee intends to continue physical on-the-ground searches while it remains safe to do so, and will continue to update the Court on its progress, particularly if such searches must be limited or suspended again due to travel restrictions or health risks,” the report states.