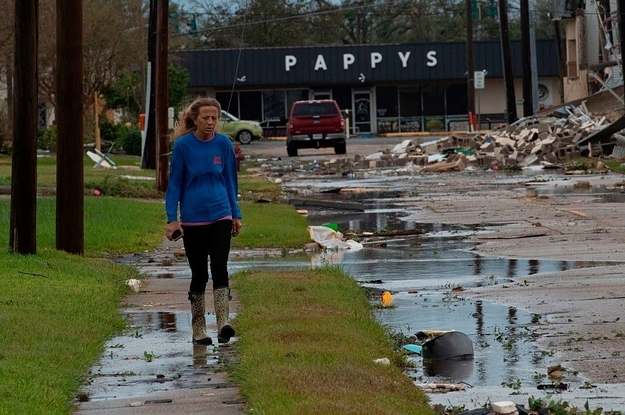 Note: The maps below are no longer being updated.

Hurricane Laura made landfall in the southwest corner of Louisiana at around 1 am local time on Thursday as a Category 4 hurricane with maximum sustained winds of around 150 mph. It is the strongest storm to hit Louisiana since the Last Island Hurricane of 1856.

Initial reports indicated extensive wind damage in Lake Charles, Louisiana, including high-rise buildings with many of their windows blown out. There was also a major storm surge, in excess of 10 feet in some places, that was still ongoing as of daybreak. However, this seems to have fallen short of the “unsurvivable” surge with highs of up to 20 feet that the National Hurricane Center had predicted on Wednesday.

“Right now I believe we got a break on the storm surge — about half of what was projected,” Louisiana Gov. John Bel Edwards told CNN on Thursday morning.

By Thursday morning, the governor’s office confirmed the state’s first death, a 14-year-old girl who died after a tree fell on her home. The office stated that more fatalities are expected to be reported.

Laura was the earliest L-named storm recorded in the Atlantic basin. The 2020 Atlantic hurricane season is currently on track to rival 2005, when Hurricane Katrina devastated New Orleans, as the busiest on record.

Laura weakened to a tropical storm by Thursday afternoon. You can track the latest forecasts with the maps below.

Forecast track and rain in the next 7 days

This updating map shows the best predicted track Laura superimposed over forecast rain for the next seven days.

“This rainfall will cause widespread flash and urban flooding, small streams and creeks to overflow their banks, and minor to moderate freshwater river flooding,” the NHC warned on Thursday morning.

On Sunday, meteorologists feared that the Gulf Coast could receive an unusual one-two punch from successive hurricanes. Tropical Storm Marco, which passed between Mexico’s Yucatán Peninsula and Cuba on Saturday, had been expected to make landfall as a hurricane. But it weakened rapidly before making landfall near the mouth of the Mississippi River on Monday.

Vaccinated People Can Safely Travel, According To New CDC Guidance