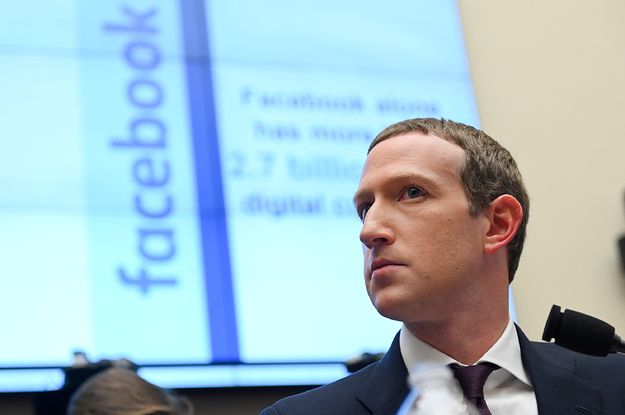 In an open letter, the US- UK-, and New Zealand–based groups demanded that Das be put on leave pending an audit of Facebook India, and “should be removed from her role” if the audit substantiated the Journal’s reporting. They also asked for Facebook to work with civil society groups and human rights activists in India.

“It’s high time Mark Zuckerberg and Facebook take anti-Muslim hatred seriously and change how its policies are applied in Asia and across the world,” Heidi Beirich, executive vice president for strategy at the Global Project Against Hate and Extremism, one of the signatories of the letter, said in a statement. “The scandal in the Indian office, where anti-Muslim and other forms of hatred were allowed to stay online due to religious and political bias, is appalling and the leadership in that office complicit.”

One of Facebook’s most powerful executives, Das came under scrutiny after the Wall Street Journal showed that she had intervened to protect T. Raja Singh, a state-level BJP politician, and at least three other Hindu nationalists, from Facebook’s hate speech rules, saying that doing so would be bad for business. She also claimed that the company “lit a fire” to Indian Prime Minister Narendra Modi’s social media campaign before he won elections in 2014.

Last month, Das apologized to Facebook employees for sharing a post on her personal Facebook page that called India’s Muslims a “degenerate community” for whom “nothing except purity of religion and implementation of Shariah matter.”

The reports have sparked a political controversy in India, Facebook’s largest market, which has more than 300 million users. Last week, more than a dozen members of a parliamentary committee grilled Ajit Mohan, Facebook’s top executive in India, about its content moderation policies. A separate government panel is also investigating whether hate speech on Facebook sparked riots in New Delhi earlier this year, where more than 50 people — mostly Muslims — were killed.

This isn’t the first time that Facebook has come under scrutiny for not taking down content that instigates violence. Earlier this month, BuzzFeed News reported that Facebook failed to take down an event created by the Kenosha Guard, a self-proclaimed militia, where members discussed plans to “kill looters and rioters” despite being flagged 455 times. The page asked followers to bring weapons to an event meant to counterprotests against the police shooting of Jacob Blake in Kenosha, Wisconsin. A 17-year-old at the protest allegedly shot and killed two protesters.

In Myanmar, Facebook was used to spread anti-Muslim hate speech, including calls for violence against the minority Rohingya community. In 2018, Facebook acknowledged that it was used to “foment division and incite offline violence” in Myanmar after soldiers in the country massacred thousands of Rohingya people and forced more than 800,000 people to flee into Bangladesh. The United Nations described it as genocide.

“Moderation bias in Facebook’s Delhi office affects many South Asian markets, including hundreds of millions of users across India, Sri Lanka, Nepal, and Bangladesh,” said Dia Kayyali, program manager for tech and advocacy at Witness, a Brooklyn-based human right nonprofit organization and one of the letter’s signatories, told BuzzFeed News.

Kayyali said that although human rights organizations from India and South Asia have weighed in on the letter, concerns about backlash from India’s increasingly authoritarian government kept them from signing it. “Given the declining rights situations across the region, many organizations felt unsafe in engaging in any public advocacy at this time, especially given the existence of warning signs of genocide,” they said.

“I don’t know what the damn problem is at Facebook with anti-Muslim hate,” said Beirich, who said she had repeatedly brought the topic up with Facebook executives, including the company’s chief operating officer, Sheryl Sandberg. “But I would just say at this point that they don’t seem to care. The needle doesn’t move.”