These Pictures Capture What Frida Kahlo Was Really Like 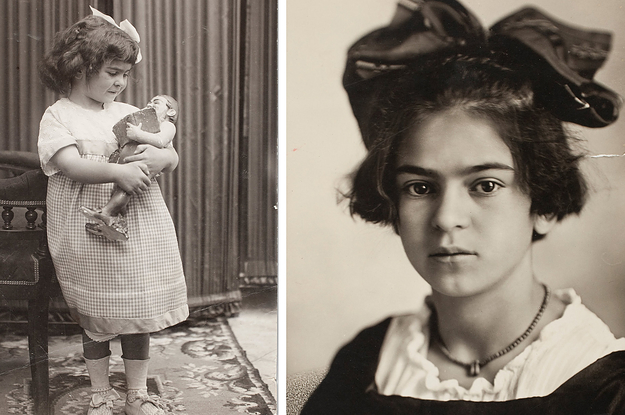 Love photography as much as we do? Sign up for the BuzzFeed News newsletter JPG for behind-the-scenes exclusives from renowned photographers and our hard-hitting photo stories.

This week marks the 113th birthday of one of art history’s most celebrated artists — Frida Kahlo. The Mexican painter rose to prominence in the mid–20th century with her unique approach to self-portraiture that blended elements of surrealism and naive folk art to create vibrant expressions of love, pain, tragedy, and passion.

As the daughter of a well-known photographer who immigrated to Mexico from Germany, Kahlo’s upbringing in the visual arts had a lifelong impact on how she perceived and portrayed the world. Her childhood was also marked by tragedy when at age 6 she contracted polio, a disease that left her permanently scarred and in pain for the remainder of her life. At 18, Kahlo was impaled by a handrail in a bus crash that killed many passengers. She was bedridden for weeks in a Mexico City hospital; during this time, she began experimenting in expressing her agony through painting. Without nature or subjects to paint, she searched for inspiration internally and created some of her first self-portraits during the time.

In the years that followed, Kahlo became a vocal proponent of the Mexican Communist Party and through her activism entered a long and at times turbulent relationship with Mexican muralist Diego Rivera. The pair maintained a studio in Mexico City, where Kahlo would continue to develop her distinct visual language by drawing from her life’s struggles to create deeply psychological paintings. In 1953, she had her first solo exhibition in Mexico, one year before her death at the age of 47.

Today, her former studio has been transformed into a museum that celebrates the artist and her life’s work. These pictures offer a glimpse into this museum and the colorful life of Frida Kahlo.

More Children in Zimbabwe Are Working to Survive: What’s Needed